Back in 2006 – after a fun stint travelling around the world – I’d grudgingly returned to the U.K. where life required me to be a responsible adult once more, and with an empty bank account as inspiration, I was on the hunt for a job. 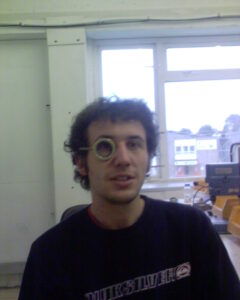 Matt in the iris assembly department – Sometime in 2007

Some old friends of the family had just relocated their business operations from a small town called Bexhill-on-Sea to another called Burgess Hill – both located in the south of England – and were needing to fill the staff shortages caused by the move. Not all of their staff were willing to travel the 1-hour drive out of their little seaside town – affectionately known as ‘God’s waiting room’ due to the ageing residents – so they were recruiting to plug the gaps. My return seemed well timed, and I was keen to make the most of the opportunity.

To be honest, I wasn’t completely sure what their business was at the time. Something to do with lenses (maybe?) was all I could vaguely recall. The last time I remember us as a family seeing them was at some kind of big gathering at their house, and I could only have been single-digits old. So my memory of what they did – and even to some extent what they looked like – was admittedly incomplete at best.

Consequently, when they invited me up to see them at their new premises, in my mind I was expecting to see an array of optics, carefully held by people in lab coats, working efficiently in clean-room environments. In reality I’d walked into a typically British low-rise industrial estate unit, with rucked-up, coffee stained carpets, and the combined smell of engineering oil and cigarette smoke drifting through the air. Granted they were still in the process of moving, so function over form was their immediate priority.

After a short chat, it turned out in fact that what they made were iris diaphragms, and I was immediately mesmerized by this mechanical device that was handed to me to try. The business had been in operation for an incredibly long time – well over 100 years. And being one of the big iris manufacturers, they used to supply irises to all the big stage lighting companies, like; Martin Professional, Times Square, Philips Vari-Lite, Selecon, Robert Juliat, Clay Paky, etc.

It was interesting work. Initially they had me on their assembly line, putting together hundreds and hundreds of these irises at a time. But I was soon found to be useful elsewhere too, like programming and running the CNC mills and punch-press, building quality control processes, and doing what I loved best: designing iris diaphragms! 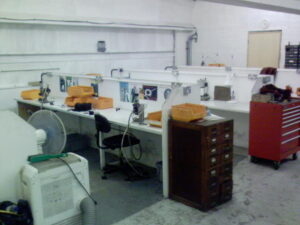 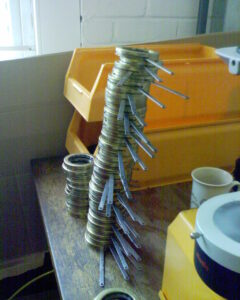 Stacks of irises ready for testing

*Yes, I could have used something like iParts, but at the time that wouldn’t account for different blade numbers, or the flexibility I was looking for.

Thinking there must be some references or documentation laying around for iris diaphragm design somewhere, I browsed the bookshelves, raided the filing cabinets, dug around in old dusty boxes full of the remnants of prehistoric irises, but couldn’t find anything related to iris diaphragm design in the slightest. When I enquired why there existed no reference materials, I was told it was all stored in peoples heads, and a lot of those heads had been and gone over the many years. They recalled a lot of trial & error with cardboard models, until they got something that roughly worked before committing it to metal, and with a few revisions, they then had an iris. Then, later in the timeline of the company they did what I was already doing, and that was spending hours in CAD trying to convince a design to work.

Turning to the internet revealed plenty of designs, hobby projects, and patents, but nothing hinting toward the theory or methods that went into designing one. So began my self-assigned mission, to not only save my sanity, but also to come up with a way to mathematically calculate iris designs quickly and efficiently.

Due to life circumstances, I found myself in more of a remote contract-type role, and less involved with the day-to-day activities. During this time I’d also been working part-time as a web designer, so over the course of a few spare evenings I’d sat down and worked out all the mathematical gymnastics needed, bundled it up into a little web application and used it as a personal tool I’d use to help me design the irises. It immediately brought significant time savings to my day. I could enter the dimensions I required, export to CAD/CAM, machine it on the CNC and have it in my hand – all in the time it originally would of taken just to get an initial draft design drawn up in CAD. My thinking at the time was not only to design with it, but also (with a little tweak) for the company to be able to produce instant quotes to clients – thus drastically improving another of their day-to-day inefficiencies. 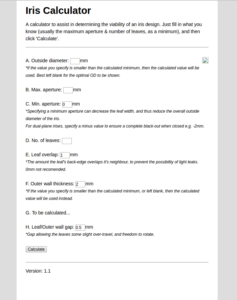 An early version of the Iris Calculator input 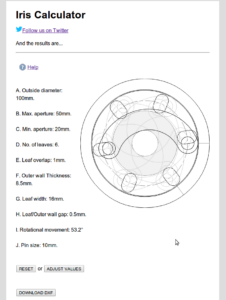 When I left the company, I assumed no one else would really have use for such a niche thing as an iris diaphragm designer, so I sat on it for a while. Then one rainy day (because England) I decided to post it online to see what the reaction (if any) would be. After posting it’s existence in a few forums, to my surprise, people all around the world slowly began making use of the tool themselves. They even gave suggestions, and showed off their own projects built with the help of the Iris Calculator! A short review then appeared in MAKE magazine in 2017. And over time many hobbyists, and companies/institutions have made use of the software. It’s actually been really interesting seeing the wide-variety of industries, such as Aerospace & Defence, HVAC, Education, Industrial Design, Robotics, including names like: NASA, Hasbro, Suzuki, 3M, all putting the tool to use. I even saw Weta Digital (Peter Jackson’s digital visual FX studio – of Lord of the Rings fame) appear in the list the other day!

iris-calculator.com officially went live on the 1st of August, 2013. 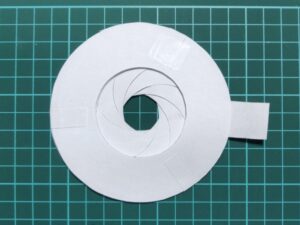 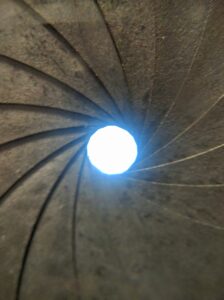