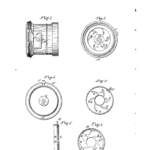 Although it is a little unclear as to who invented the iris diaphragm first, there are many candidates that could be credited with the concept. A little searching throws up names such as; Robert Hooke, Joseph Nicéphore Niépce, and J.H. Brown. What we do know, is that the first patent for an ‘improved’ device was […]